Here at Dagger, we are on a mission to make your CI/CD pipelines programmable in the language of your choice. In the last few weeks, we have made great progress towards that goal by releasing SDKs for Go, Python, Javascript and Typescript in rapid succession. So rapid in fact, that some of you wondered how exactly we managed to pull it off!

Here’s the answer: we were cheating. Our SDKs don’t actually run your pipelines! Instead they send pipeline definitions to the Dagger Engine, which runs them and returns the result in a language-agnostic way.

Under the hood, we use a powerful API technology called GraphQL. And as of today, so can you. We are excited to publicly release the Dagger GraphQL API: a unified interface for programming the Dagger Engine using any standard GraphQL client. 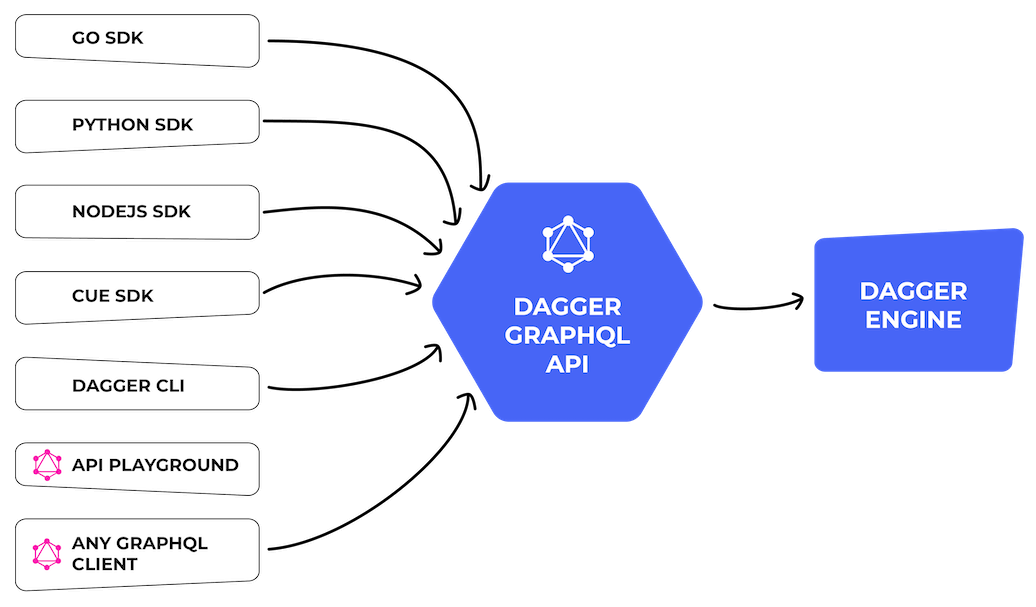 What does this mean for me?

First, and most importantly, if you are currently using a Dagger SDK, you can safely ignore this announcement and continue using Dagger exactly as before.

However, this release creates exciting new possibilities for the Dagger platform:

Engineers are generally not known for agreeing on things - we like to argue! But one thing we all seem to agree on is that the CI/CD experience is often frustrating, and should be improved. But how? 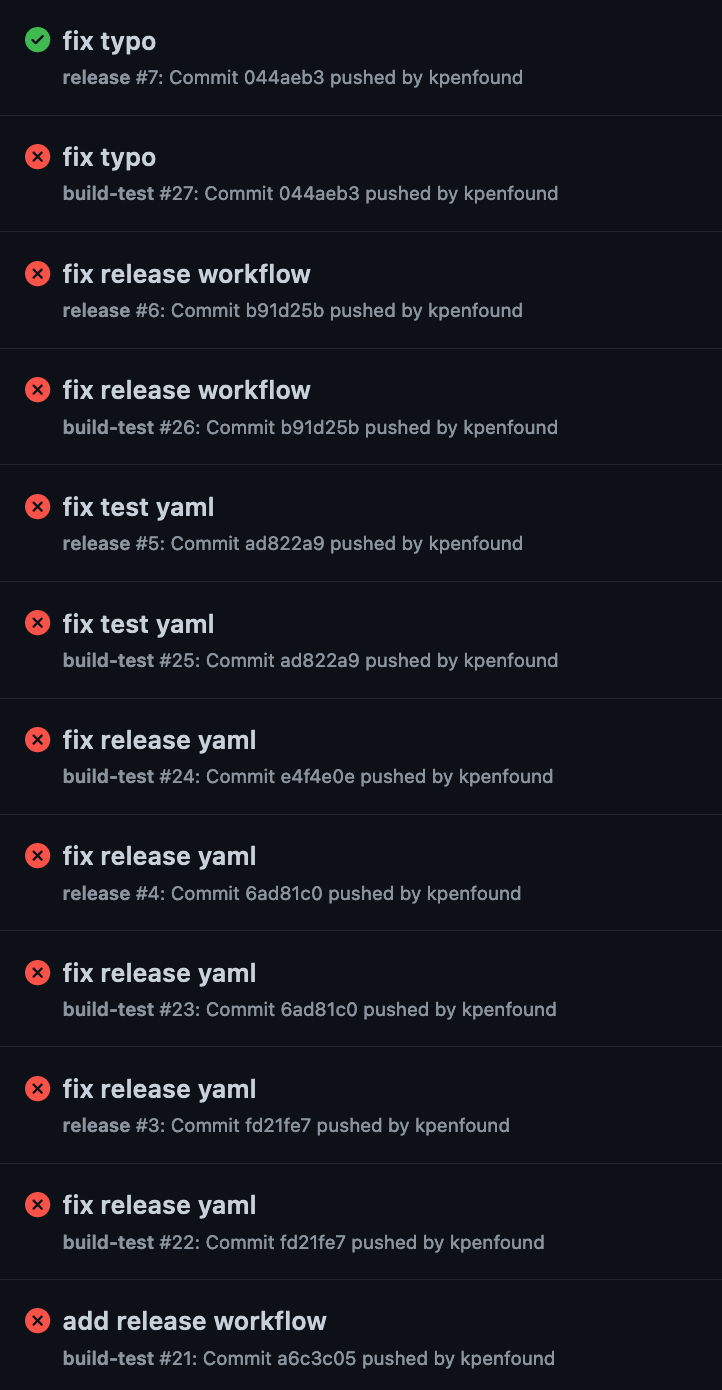 We believe the answer is to decouple pipeline logic from pipeline infrastructure, which in turn allows decoupling the concerns of application and infrastructure teams. This can be achieved with a powerful architectural pattern called the hourglass model: the same pattern that enabled the Internet, Unix, and more recently, Docker.

To apply the hourglass pattern to CI/CD we need an API expressive enough to connect the two parts of the hourlgass: run any pipeline logic, on any pipeline infrastructure - and do it well.

That is where GraphQL comes in. GraphQL is a perfect fit for the CI/CD “hourglass”, for three reasons:

Ready to give it a try? You can follow our introduction guide, browse the API reference, or experiment with the API playground.

As always, we love hearing from you, let us know how you enjoy using the API, and what cool things you build with it.